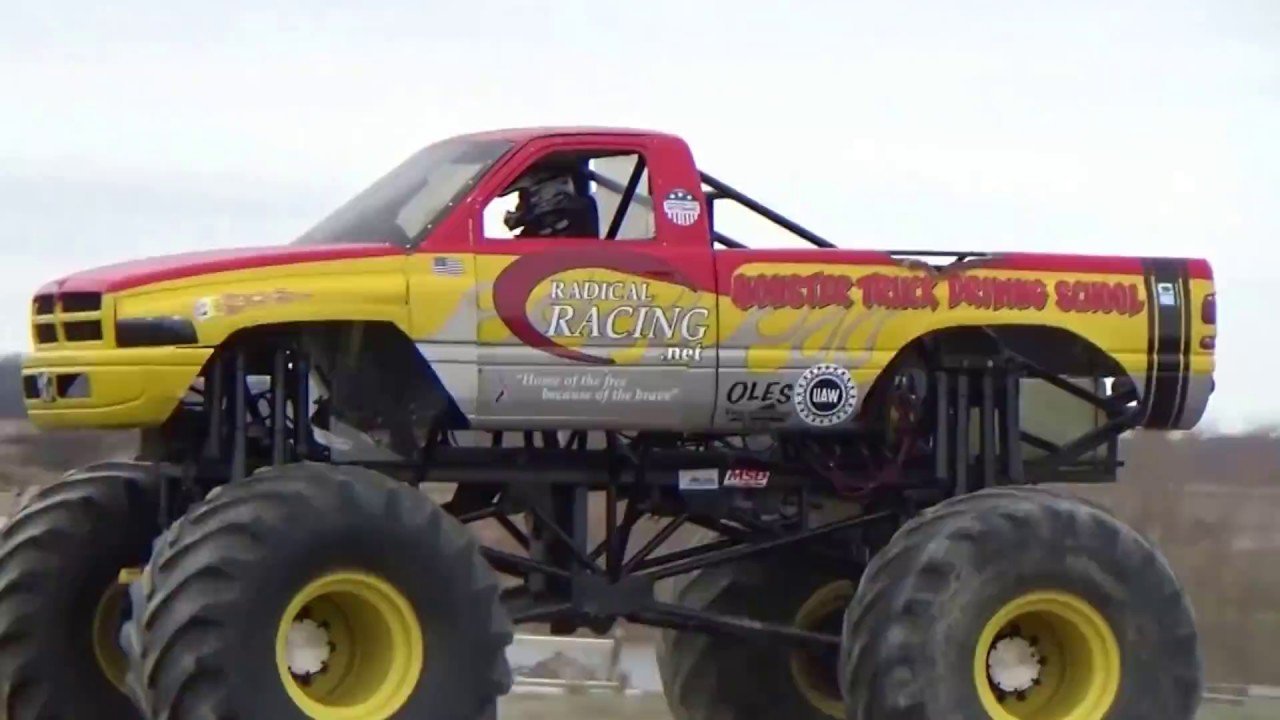 Monster trucks are a rare breed. Really, if you think about it, how many are there now? The stage one and two monsters that roared back in the 80’s and 90’s are now rusted behind old shops, barns, and other auto graveyards. Once shiny and proud, they now stand flat tired, rusted, and forgotten. Their new fans are the wrens and mice that make homes in their seats and old roll bars. Only a few have survived. Some shine proudly in Auburn, Indiana and others remain and give rides to fans, and strut their stuff at local parades.

That was dismal, where was I going with this? Oh Yeah, monster trucks are no different than any other vehicle, as the stage three race trucks emerged. The older truck simply went away; they couldn’t compete with the new lightweight racers. That leaves the conclusion that the number of trucks overall have not grown significantly, even though Bigfoot officially turned 40! That’s right! 2015 marked the 40th anniversary of the original monster truck. To my knowledge, the number of active monsters probably still remains around 2000. Don’t quote me on that because there is no real tally of the numbers worldwide.

My point is that monster trucks are rare and being able to drive one was reserved for the owner or hired gun to pilot the beast. So, what are the odds of a monster truck school? So rare, that it’s not even spoken of. Sure, Bigfoot has offered a school from time to time, but it’s only been for a weekend every few years for just a handful of people. So, what if I told you that there is a monster truck school currently? I’m not lying, there is and it’s called Radical Racing!

I recently got the opportunity to go up to Radical Racing and give the school a try. After getting the call from owner Don Royalty, we set a date for me to come up on Thanksgiving Day. So, after work on Wednesday, I packed up to go to Indiana. On Thursday morning, the excitement was already in the air! I was going to drive a monster truck, a stage three monster truck at that! After checking out of the Holiday Inn Express and chowing down on some of the finest food that the Cracker Barrel had to offer, I headed towards Don’s shop.

The last few miles to Don’s shop in the Ohio outback seemed to take forever. OK maybe not, I didn’t even notice the miles clicking away. As the final feet clicked off of my Honda Ridgeline’s GPS, I saw Don’s shop surrounded by rapidly growing suburbia. Was I at the right place? As soon as I pulled into the driveway my question was answered. There sat 10,000 pounds of monster truck right in front of the shop. For you monster truck fans out there, the truck is the former Cyclone monster truck; a stage 3, Willman/Garza style tube chassis with Nightstalker shocks all around. For power, Don uses a 440 Chrysler, supercharged on alcohol that produces around 1100 HP! What does that mean for the non-monster truck folks? It’s the same kind of truck that you see on television and at races. Don said that he has really retired the truck from racing full time, but he still takes it to some events every year.

In my head the term: “This just got real!” popped up as I drove the Ridgeline past this behemoth. I parked on the back side of the shop thinking that if my driving got way out of hand, that at least my truck-car would be safe.

Don himself was making some tweaks on the truck when I came walking up to introduce myself. Don is a very friendly and funny man and very easy to get along with. I never felt uncomfortable around him and he is very knowledgeable with his truck and how to properly run it. To be honest, I think we spent the first hour just chatting about monster trucks, it’s a good thing Don is patient, since I was content just leaning on the tire and chatting.

So how does the school work? Simple, we went over the business end of the school, I signed my waivers and showed my valid driver’s license. Don and I walked the truck and went over operation and safety. This truck is equipped with an RII (Remote Ignition Interrupter (Remote Kill Switch)) just in case things get too wild. Since this is a mostly retired racing truck, all of the safety equipment required by the MTRA (Monster Truck Racing Association) is installed. And don’t be afraid to ask questions, we repeated the steps several times until I was confident that I could operate the truck. We also walked the track. The track is a very fun course with five rollers/jumps and some twists and turns. To make the run count you have to stay on the course and drive over all of the obstacles for time. Easy right…right?

Don asked “We about ready to do this?” So, I knew it was time. The school also has racing suits, helmets, and neck braces, so don’t worry about bringing anything, except a pair of sturdy shoes, I wore my Timberland composite toe boots and I think that was a bit overkill.  I suited up and it was time. Oh no! I can feel my heart in my throat again!

“Ok I can do this, just stay calm”; was banging in my head. Up until it was time to go, I was excited with anticipation. Now, that was replaced with an anxious dread. When I climbed back into the seat it will be for real. First off, put one the five-point harness on in the correct order: left waist, left shoulder, crouch, right shoulder, right waist; now click it into place. Tighten the straps, waist first, then shoulders for comfort; re-click the buckle if needed. When you can’t move then you know it’s good! Now that I’m confident that I cannot move, let’s fire it up and test the RII.  Let’s checklist; battery switch on, check! Auxiliary functions on, check! RII set to right lane (the system is labeled for left or right lane to make it easy on the driver to know what to set it to through the use of hand gestures by the track officials, Don wanted it set to right lane) …check! Turn fuel on…check! As I pushed the start button, I could hear the starter whirring to life, followed shortly by a ROAR! But just as soon as it came to life, it died again. I could see Don in front of me holding the remote kill radio and giving me the thumbs up, the RII shut off normally. Now reset the switch on the RII and re-fire the motor. Once again, the monster roared to life, the raw horsepower pulsed through the cab area. I can feel the power of this machine! This is going to be something else! OK, one more deep breath, small prayer, and psych out. That took all of a half second, Great let’s do this!

I put the shifter down into first gear, let off the brake, and immediately the truck starts lurching forward. “I’m moving! Oh geez!”, the excitement and adrenaline pumping through my body was making everything blurry, “Pull yourself together” was all I could think for the first few seconds. I calmed and pushed on the gas. The front end shot up in the air, not because I pulled a wheelie, but from the unloading of the shocks and the four-link suspension!

My strategy for the first run was simple, go easy over all of the obstacles and try out the rear steer. Driving the truck was going to be a handful since my right foot was on the gas pedal, and my left was on the brake. My left hand was on the steering wheel full time, while my right hand pulled double duty with the wheel and rear steering toggle switch. To help people learn how to drive on their feet, Don set up the rear steer to not “self-center” after use. This means to keep the rear-end straight you would have to be able to sense/feel what direction it was in while moving and manually make correction using the toggle switch in motion. Did it make learning more difficult? Yes. Did it make it an overall better experience? OH YES!

I pulled the truck away from the shop and moved it toward the starting line to make my first run. I could see Don off to the side of the track. He was going to help me get lined up for the first run, as he lifted his hands up just as an official would to signify a field goal in football, I knew I was on my mark. It’s time…mash the gas!

What happened next? Well a fusion of emotions: excitement, amazement, terror, pain, and pure joy. My altitude changed several times during the first run, jumps looked like block walls, I saw the sky again and again, felt the power and subtle grace of the machine as I made my way through. Then and there it was done, I finished. I messed up the rear steer and got crossed up near the end, and decided not to chance the last jump. I would do better on my next run I said indignantly. I pulled the truck back over to the start line already lined up for the next run, shut off the fuel and let the motor lean out a couple seconds before killing the motor.

Don and I talked about the run and what I could improve upon for my next run. With that advice, I aced the second run and even caught some air off of the car jump. As the day progressed, I became comfortable with the machine, learning the basics and putting down fast passes while staying on the track.

Was my last run as fun? Yes, now I see why people drive monster trucks. They are a blast and there is nothing else like them. I also gained a new respect for the pros that drive them. It takes a lot of skill and courage to push the trucks as hard as they do.

After my last run, I pulled the truck back up in front of the shop and killed the motor for the last time, patted the steering wheel, and was satisfied that I had done well and not broken anything on the truck or myself. Don was overjoyed too about that and was surprised about how much alcohol was still left in the fuel cell!

By this time, the sun was setting and all of us were getting hungry. So, we took a few more pics and bid Don and his wife Rajena good bye and thanked them for one of the best experiences of my life. After driving a monster truck, my Ridgeline just didn’t feel right. It was too quiet and way too smooth. As we pulled away from the shop I was asked if I had fun and I said, “Yes, I want to come back and do it again in the spring!”. Hurry up winter I’ve got the itch again and the only fix is the roar of the monster truck!

For more information about driving a monster truck, visit www.radicalracing.net. When you talk to Don, tell him Monsters Monthly sent you! 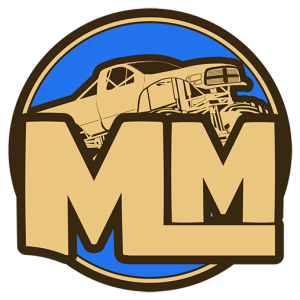 Monsters Monthly was launched in 2015 with the focus of providing the most up to date monster truck event listings on the web. Since then, we have gone on to add more media to give fans, old and new, a look into the monster truck industry.